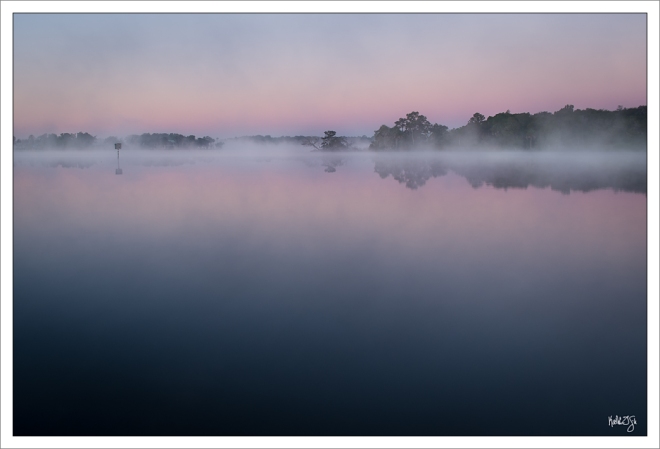 I know very little about Native Americans, and less about the Timucua, who were among the early inhabitants of Florida.  But what a magical existence they must have enjoyed here on this unusual river.  Their story is the familiar tragedy; the population was decimated by the mid-1700s and the last few individuals deported to Cuba.

Often when I gaze out at the river, with no other witnesses save the occasional curious otter, I am reminded of those first and rightful owners.  I feel their presence, especially in fog.  Each day this past week, they appeared in that ephemeral fog, slipping in on silent moccasins before each early twilight and lingering until forced into hiding by the warmth of morning sun.